Shep is pretty pleased with his quiet, pleasant life as the senior member of the Windy Knoll Goldens crew. This week, however, his predictable routine has changed with a trip to Wrights Mountain Goldens! Our AKC Green Mountain Pastures Shep, who has sired an impressive number of wonderful golden retriever progeny, continues to leave behind him a golden legacy: he is busy breeding several of Wright’s Mountain Golden females this week! We are particularly excited, because one of the offspring of these breedings will be chosen to carry on in Shep’s stead when we retire Shep. That’s right, we will be choosing a male puppy from one of these litters to raise as our new stud! We will be choosing a female as well, as we strive to keep good lines in our future breeding plans for Windy Knoll Golden Retrievers. We are looking forward to this new phase; and look forward to staying in the puppy stage for some time now as we add these two new Golden Retrievers into our lives later this summer! 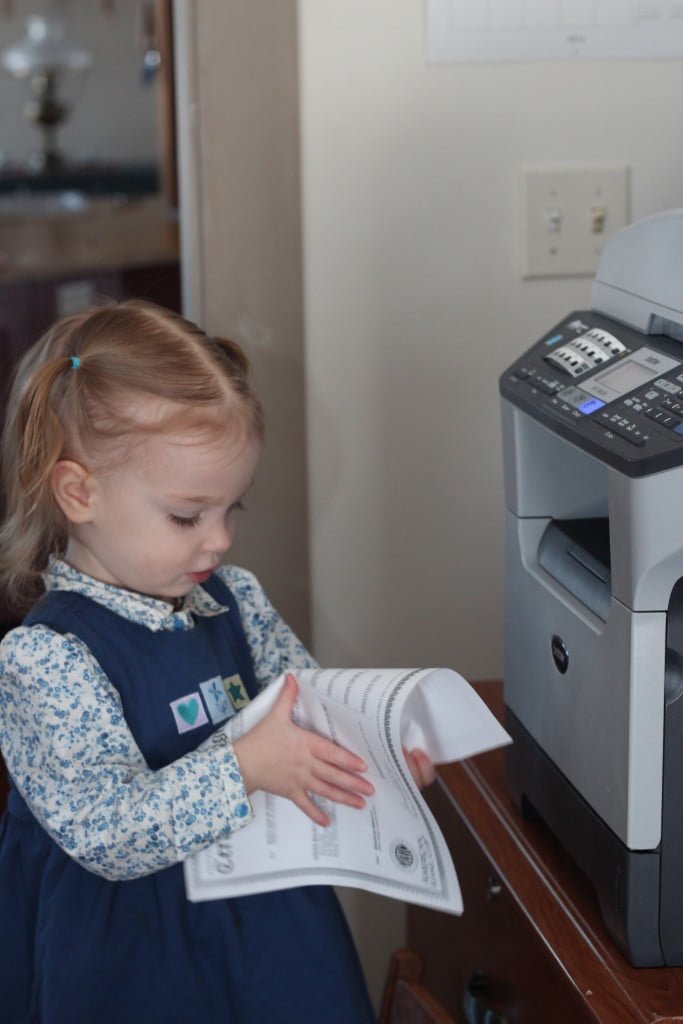 Saturday morning found us preparing for Shep’s departure. Esther assisted me with some AKC paperwork I sent along with Shep. 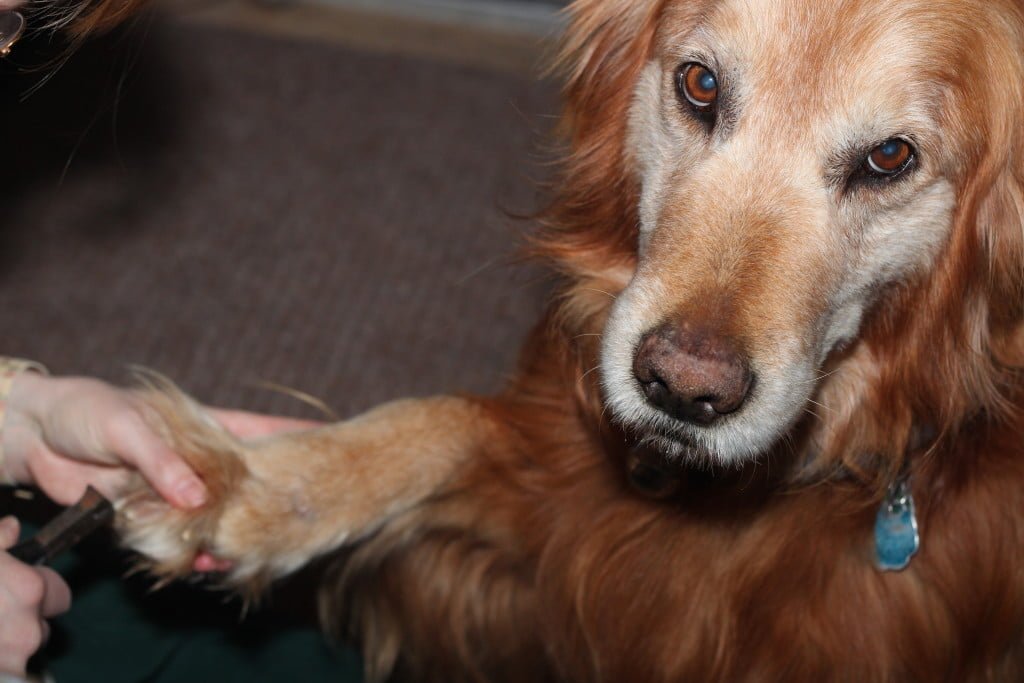 Next, we made sure Shep was well-groomed and as handsome as could be. Shep carries a certain regal air about him, even in such a mundane event as getting his toenails trimmed! And while his age begins to manifest itself in a generous sprinkling of white about his head and paws, Shep still has a youthful spring in his step, and often joins in the energetic games of chase that our younger Golden Retrievers engage in. A trip to the vet with testing confirmed Shep’s continued health and vitality as a stud. 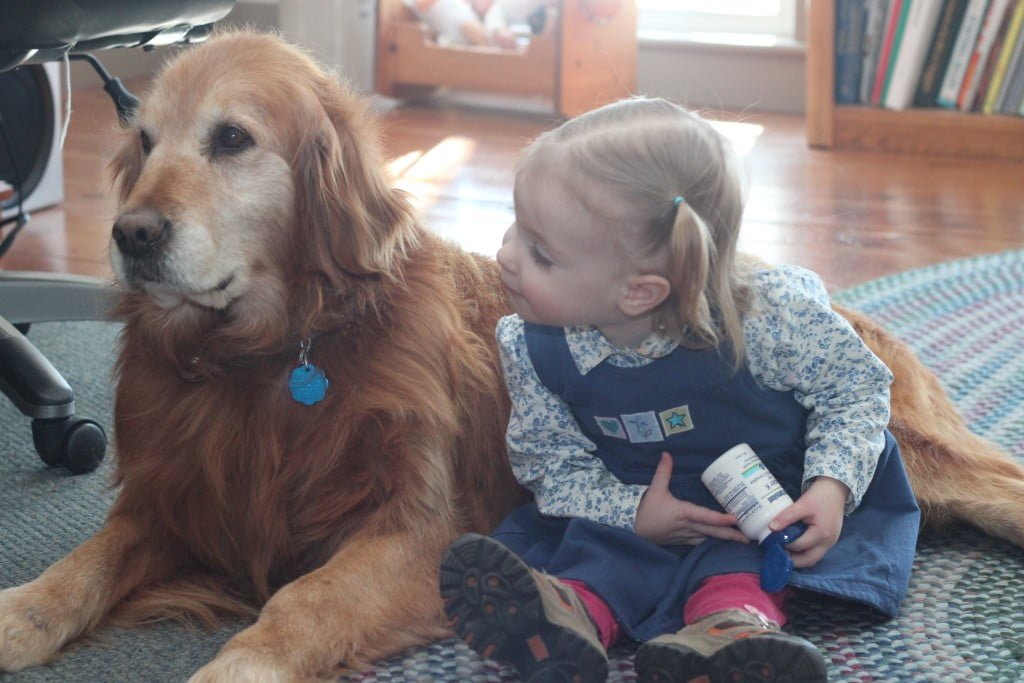 The children played with and petted Shep for a while before saying goodbye to him.

Everyone loves Shep’s gentle, kindly nature – and Shep loves everyone in return! 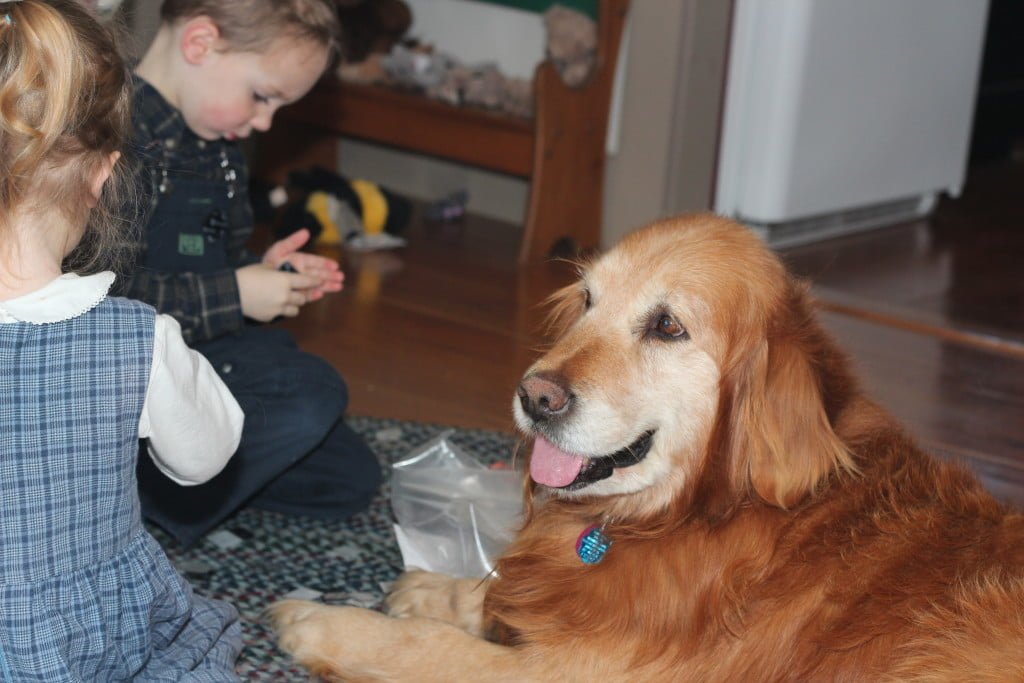 Early afternoon found us loading Shep into the car for his trek to Wright’s Mountain Goldens. He’s having a busy week there. We’re looking forward to having him home again – and we’re also looking forward to the new Golden Retrievers that he’ll be bringing into our lives! 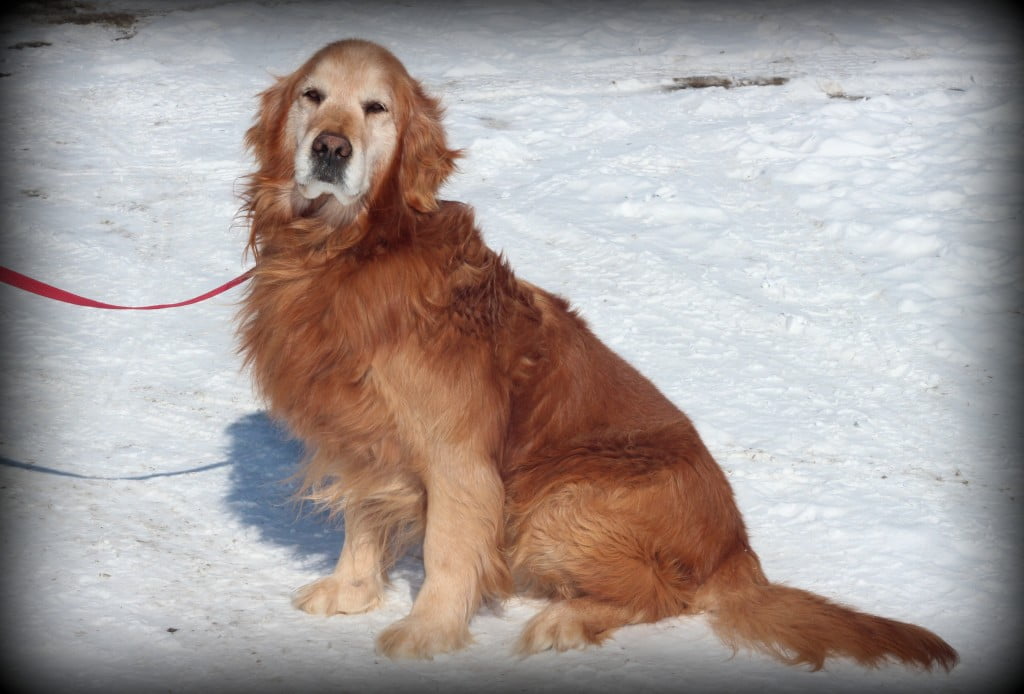