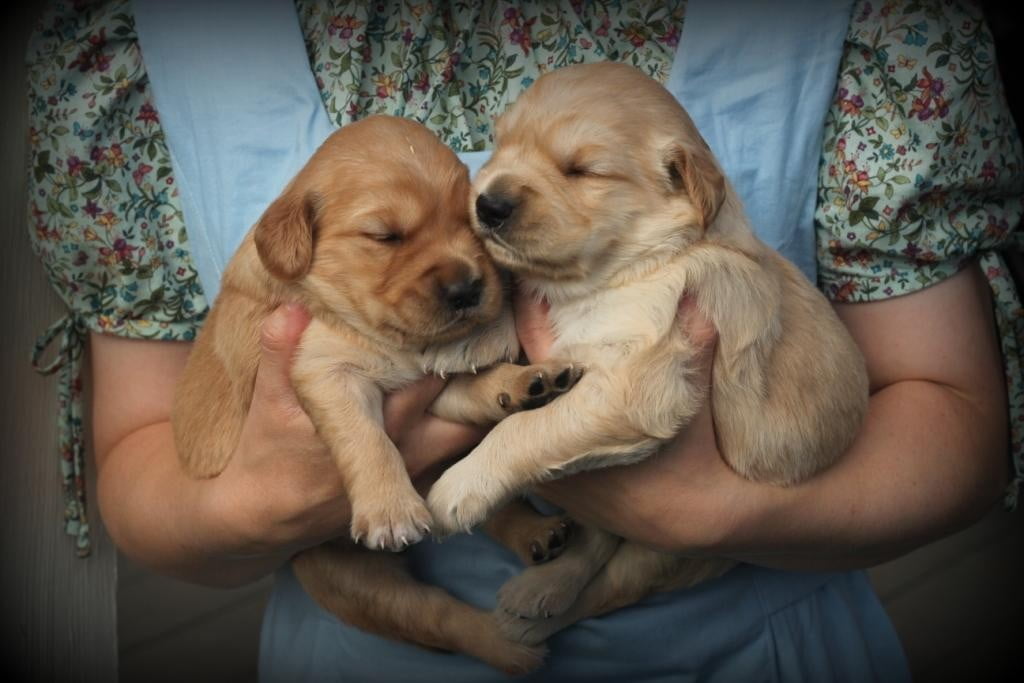 Jenny and Betsy’s puppies are four weeks old today and just as busy enjoying each day’s new adventure as they are growing and changing! It’s always amazes me to see the change from the tiny newborn baby, to a rambunctious, tumbling puppy in just a few weeks’ time!

Unfortunately, the photos and videos here are a week out of date: vacation and life’s busyness has prevented me from posting them in a more timely manner – but they do say better late than never, right?! Betsy and Jenny’s litters are maturing by leaps and bounds! The videos show them as they progressed from crawling to toddling about; but now, a mere week later, they are also trotting, growling, wrestling together, and eager to be on the move anytime they are not sleeping!

(I apologize for the cloudy screen on this video; it was such a steamy, warm day when it was filmed that my camera lens had clouded up.) 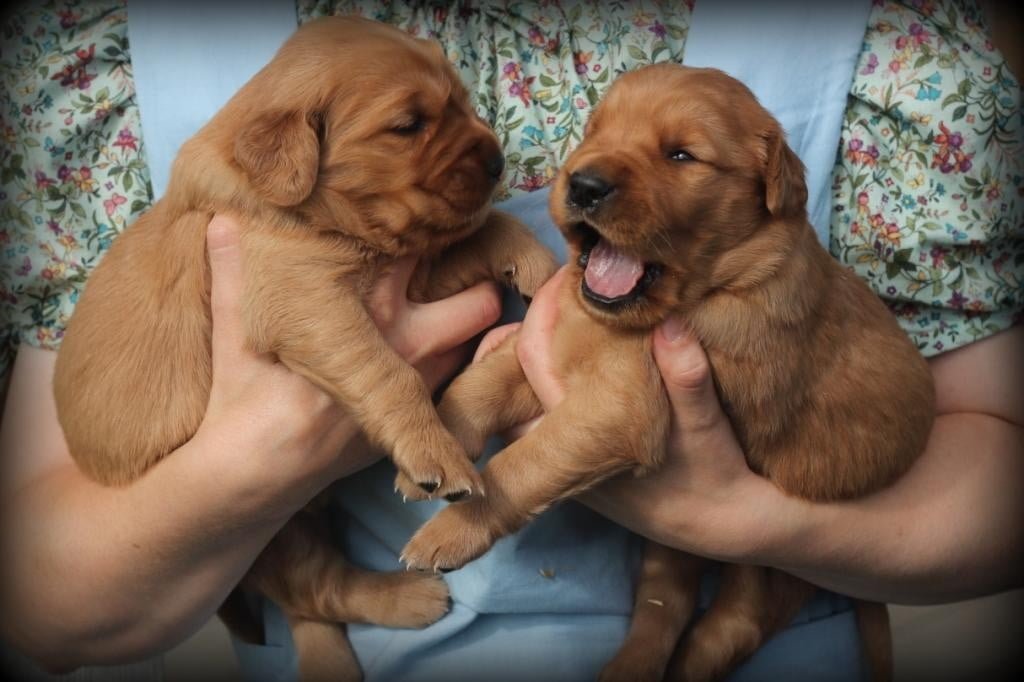 But in spite of growing abilities, the puppies are still just babies and tire quickly – see that big yawn one of Betsy’s little girls couldn’t contain?

Speaking of Betsy, she’s enjoying the opportunity to have breaks from her puppies. As the puppies grow, it can be a rather tough job for the mother dogs to endure the roughness of the puppies nursing, so about this time, we start separating the pups from the mothers after each nursing session. That way, Betsy is not constantly besieged, and is a happier mama!

Jenny is also glad to take a break, while it gives us an opportunity to introduce the puppies to something new: food! A small bit of food, soaked in raw, whole goats milk, is the perfect starter for them, and the puppies love it! They dived in the first time, and now crowd eagerly to the door of their pen every time we open it, hoping for another meal.

Coming up soon, our puppies will be enjoying a busy weekend meeting their new owners! We’re looking forward to meeting you as well!